The Life and Crimes of the World’s Scariest Inmates 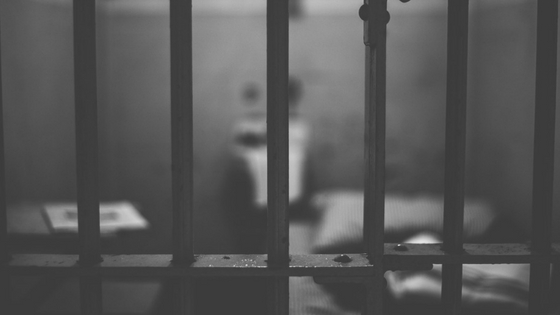 Prison inmates generally aren’t thought of to be the most pleasant people to be around. But even then, most of them were normal people who went on to do horrible, horrible things. But not these guys. These guys are straight-up whack-jobs.

In this article, we’re introducing the scariest and most insane inmates ever caught. Without further ado… Ronnie McPeters was sentenced to jail after murdering a 27-year-old woman one August afternoon. He did so by violently assaulting her and then shooting her 5 times. For his crimes, he was sent to Fresno jail, where he spent the next nine months of his life starting fires, and assaulting jailers and other inmates. He told the psychiatrist treating him that he was filming a commercial – God knows what for.

His bizarre, freakish behavior did not stop when he was transferred to San Quentin Prison, where he was on death row. If anything, it escalated further. He would smear his walls, his floor and himself with feces. Eventually, Ronnie was caught in the middle of a legal battle to get off death row, with state attorneys arguing he was far too mentally disabled to be executed.

Whichever way the decision goes, there will be profound implications. The LA Times wrote a fascinating article regarding this matter, which you can read here. But one thing is certain, Ronnie McPeters deserves a life behind bars. second entry in our list of scariest inmates ever apprehended is William Bonin, who was sentenced to execution by lethal injection in 1996 for the atrocious crimes he committed. Raping, torturing and eventually murdering a minimum of 21 boys and young men, and suspected to have done the same to 15 more. If that wasn’t horrible enough, he would also unceremoniously dump the bodies on the side of different freeways, earning him the nickname, ‘The Freeway Killer’.

During that time, he took up art and writing as some of his hobbies. He would sometimes even correspond with the mothers and fathers of his victims, and would go into sickening detail on how his victims reacted to the torture.

Suffice to say, he showed no repentance for his actions. In fact, in a radio interview conducted with him 24 hours before the lethal injection was scheduled, he said that he had ‘made peace’ with the fact that he was about to die, and that his biggest regret was that he had not pursued his teenage passion and turned pro. What a delightful gentleman.

Not-so-fun fact: William Bonin was the first person to be executed by lethal injection in the history of the state of California. Why is it that all notorious serial killers have creepy nicknames? Dubbed the ‘Killer Clown’, John Wayne Gacy was convicted for 33 murders, as well as sexual assault, child abuse and sodomy. This killing spree spanned 6 years, between 1972 and 1978 in Cook County, Illinois.

He would lure young men to his home or car, and then abduct them. He would then proceed to rape, torture and eventually kill and bury them. The reason he was dubbed the ‘Killer Clown’ was because he used to dress up as ‘Pogo The Clown’ or ‘Patches The Clown’ – characters he made up – during fundraisers, children’s parties and parades.

During his 14 years on death row, John Wayne Gacy took up painting as one of his hobbies, as many inmates tend to do.

Can you guess what most of his paintings were?

That’s right. Clowns. Dozens and dozens of paintings of clowns. Most of these clown paintings were supposedly self-portraits of Gacy when he was dressed as Pogo. Surprisingly, some of these paintings went off to be auctioned and were sold for thousands of dollars. Who wouldn’t want a disturbing clown self-portrait painted by a serial rapist and murderer while he was on death row?

To be fair though, many were bought just so they could be burned in a communal bonfire. You can take a look through his creepiest paintings here.

John Wayne Gacy was executed in the early hours of May 10th, 1994. Doctors and psychiatrists say he was undoubtedly a psychopath, and showed no remorse for his wicked actions. Perhaps somewhat fittingly, his last spoken words were “kiss my ass”. Jason Barnum was sentenced to 22 years in prison after pleading guilty to shooting a police officer in Anchorage, Alaska. Barnum had a violent and turbulent past, to say the least, with 14 previous run-ins with the law for burglary, breaking and entering, and forgery, among other felonies.

But even without all the law breaking, it’s immediately clear that this man is not entirely well-adjusted.

For starters, he has a heroin addiction, which he states was a contributing factor in his decision to rob so many houses.

Second of all, he has an eyeball tattoo. What? That’s right. AN EYEBALL TATTOO. This man decided to get the entire whites of his right eye tattooed. He also has several face and skull tattoos, just to complete the aesthetic. His artwork earned him the very creative nickname: Eyeball. Pedro Rodrigues Filho was a notorious Brazilian serial killer, who, when arrested, was convicted of murdering at least 71 people. Unsurprisingly, he was sentenced to jail for 128 years.

Pedro began his violent exploits at an alarmingly young age, likely a product of an abusive childhood. According to Pedro, he had his first urge to kill at the age of 13. In a fight with his older cousin, he pushed him into a sugar cane press, where his cousin almost died.

And it only got worse from there. A 14 year old Pedro supposedly murdered the vice-Mayor of his boyhood town, Alfenas, Minas Gerais, after the vice-Mayor fired his father for allegedly stealing food from the school where his father worked. Pedro also went on to murder the actual thief who was stealing food, for good measure.

Still a teenager, Pedro moved to Mogi Das Cruzes, São Paulo. A change in location did not lead to a change in behavior, as Pedro continued to have serious run-ins with the law. He got involved with a local drug ring and, after a disagreement, murdered one of the drug dealers.

It was also in Mogi Das Cruzes where he met Maria Aparecida Olympia, who he ended up living with. That was until some violent gang members killed Maria. Pedro escaped, tracked them down and, you guessed it, tortured and murdered the gang members who killed her. Before he turned 20, Pedro Rodrigues Filho had already killed 10 people.

Pedro’s murder count was horrifying, making him notorious both in Brazil and around the world. Worst of all, Pedro murdered his own father at a local prison, after his father had butchered his mother with a machete. A vengeful Pedro cut open the man’s chest, took out the heart and chewed it before throwing it away. Peter Kürten, also known as the Dusseldorf Vampire or the Dusseldorf Monster, terrorized the city of Dusseldorf by committing violent and disgusting crimes before he was finally apprehended by the authorities. He was described by Karl Berg as ‘the king of sexual perverts’ – and for good reason. This guy was messed up.

The following day, sitting in a tavern exactly opposite the one where he had murdered the little girl, he heard people talk about the crime he committed and said he derived great satisfaction from the repulsion and disgust he had generated. Weeks later, he visited the little girl’s grave and when he handled the soil covering it, he said to have ejaculated spontaneously.

Days after the murder, Kürten was arrested for unrelated charges – those of arson and burglary – and was sentenced to six years in prison. Upon his release, he relocated to Dusseldorf.

It wasn’t long before this sick pervert began attacking people once more. He attacked men and women of all ages, and resorted to different techniques. Strangulation, stabbing, hammers. He even lit a young girl on fire one time, and said to have achieved orgasm when he saw her going up in flames. He continued to attack people, but not all his victims died as a result. This meant that several were able to describe their attacker, i.e., Kürten, to the police. It was not long before he was apprehended.

Kürten freely admitted to his crimes, 68 in total, including 10 murders and 31 attempted murders. His motives were simple, yet shocking – these violent acts were a way of achieving sexual pleasure. He associated blood and violence with sexual excitement.

Unsurprisingly, he was sentenced to execution by beheading. His last words? “Tell me…  after my head is chopped off, will I still be able to hear, at least for a moment, the sound of my own blood gushing from the stump of my neck? That would be the pleasure to end all pleasures.”

Clearly these guys were…not sane, to say the least. Unfortunately, there are hundreds, if not thousands, just like them. These are but a few of a most insane inmates ever caught. For all you know, the rest, are still out there.