In The Dark Earth: Taphophobia, Fear of Being Buried Alive 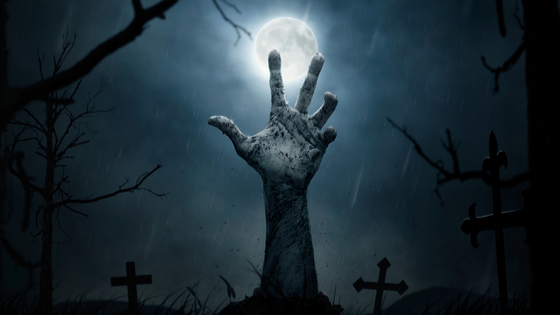 When you ask people what scares them, there are some responses that are entirely too common. Spiders, snakes, clowns, and the dark readily come to mind. But there’s another, more specific fear that often comes up in conversations like this. It’s the fear of being buried alive.

When you think about it, the fear is not entirely irrational. It would certainly be awful, lying in a coffin and knowing you’re at least  six feet from the sun and oxygen you need to survive.

But it’s never happened to anyone. Has it? Taphophobia – from the Greek “taphos” for grave or tomb and “phobos” for fear – was most prevalent in the 17th until the 19th century. It was, unfortunately, not as irrational as it might be today. Before the era of modern medicine, the possibility of being mistaken to be dead was more than an urban legend.

There have been quite a few cases reported throughout the history of accidental live burial. In 1905, an English reformer named William Tebb began collecting alleged accounts of the phenomenon. His collection would eventually include 219 cases where live burial was narrowly avoided. 149 actual burials, 10 cases of live dissection, and 2 cases where a patient awakened while being embalmed were also found.

These nightmarish scenarios set a fire under society in the 18th century. People were petrified of this happening to them. People began setting out very detailed instructions for the treatment of their bodies after death. We can see this in the wills of several taphophobic famous people.

Frederic Chopin requested that his heart be removed from his body after he was presumed dead. George Washington asked that his body be laid out and observed for three days before burial. And both Hans Christian Anderson and Alfred Nobel wanted their veins to be fully opened after death.

These methods were echoed in wills all over the world. No one wanted to risk that they could be placed into their graves before they were good and ready.

Taphophobia was exacerbated by stories that were circulated at the time. These tales all had a few things in common. Most include the victim entering some sort of comatose state and dying a horrible death once they awaken in their coffin. Other legends are told from the point of view of grave robbers. Others exhume a body only to find that the individual has aged or torn off their fingernails scratching at the lid. One of the most famous stories that influenced taphophobia is that of Margorie McCall. She lies in a grave in Lurgan, County Armagh in Northern Ireland. Her gravestone reads “Margorie McCall, Lived Once, Buried Twice”. The tale states that she fell ill with a fever in 1705. Her husband, who was a doctor, buried her very quickly to prevent whatever had killed her from spreading. But the grave dirt didn’t even have time to settle before grave robbers were targeting it.

Margorie was known to be a wealthy woman, and had been buried with her very expensive wedding ring. The robbers dug up the coffin. Finding that they could not remove the ring from her finger, they decided to cut the finger off instead. The moment she was cut, Margorie was roused from a comatose state, confused and disoriented.

The robbers, understandably frightened, fled the scene. Margorie, apparently no worse for wear, wandered back home and made a full recovery, going on to have multiple children and outlive her husband.

Or that’s the legend, anyway. While the grave of Margorie McCall is real, the story is not entirely credible. Multiple versions of this fable existed. They’re known as lady with the ring tales and existed in several European countries from the 14th to the 18th century. They even continue to influence American folklore.

Stories like this were especially pervasive in the 18th century. In part, they were used by anti-premature burial activists to cause fear in audiences and promote change. A pamphlet published by Dr. Franz Hartman in 1894 is a perfect example of this. it’s entitled Buried Alive: An examination into the occult causes of apparent death, trance, and catalepsy. It is stuffed with gruesome stories about those who were buried alive.

How Could They Not Tell the Difference?

For those of us living in the 21st century, the idea that a living person could be mistaken for a dead one is laughable. Modern medicine ensures that 99% of the time, we are certain that a person has passed before we even think about digging a grave. But in earlier eras, the human body was not well understood, and the only true way to tell if someone was dead or simply sleeping was decomposition.

There are multiple conditions that would make a person seem dead, even in the modern era. The one most commonly cited for premature burial cases is catalepsy. This condition can leave a person unresponsive for periods of time stretching between minutes and weeks. It’s known to accompany several mental illnesses. The condition is very rare, but most historians pin what premature burials may have occurred on this condition.

Another would be “sleeping sickness”, or African Trypanosomiasis. It is caused by the bite of a tsetse fly, and victims fall into an essentially comatose state. Other conditions resulting in unconsciousness such as seizures, diabetes, dehydration, and low blood pressure could also have been misdiagnosed as death.

One miraculous case would have shocked even 21st century doctors. In May of 1799 – notably, just 7 months before George Washington’s death and his accompanying fear of premature burial, a Philadelphia newspaper published an article detailing the story of a soldier who had been shot in the temple. The bullet exited his other temple, and most presumed that his death was imminent, if not instantaneous.

A grave was prepared, but another soldier thought that he noticed symptoms of animation in the dead man. Upon investigation, it was found that the man was alive, and unbelievably, regaining consciousness. He was attended by a surgeon and got away with no damage but some weakness in his eyesight. There were multiple methods to ensure that people were really dead. Those with the means to do so simply let their dead putrefy for a while before burying them. This was, of course, not available to everyone. In other cases, the deceased’s heart or head would simply be removed. The logic behind this being, if they hadn’t been dead before, they certainly were now.

Methods of awakening the presumed dead were also rampant. Some suggestions included pouring liquid ammonia into the nose, burning the bottoms of the feet with an iron, or pricking needles beneath the fingernails. Despite the absolute skin-crawling nature of these techniques, it can’t be denied that those would most certainly awaken someone who was merely unconscious.

As time went on and medicine improved, techniques for checking for signs of life became more scientific. One of the earliest was the so-called diaphanous test, in which a light source was held behind the fingers in order to inspect the blood vessels for signs of circulation.

In the 18th century, crude forms of mouth-to-mouth resuscitation and defibrillation were beginning to come into practice, mostly for drowning victims. The formation of the Royal Humane Society occurred at this time, though they were called The Society for the Recovery of Persons Apparently Drowned back then.

But people were still worried about being buried alive, which led to some strange contraptions in graves.

Those who could afford to do so began investing in elaborate devices to ensure their survival if they were accidentally buried alive. These coffins included everything from bells to signal those above to breathing pipes that would be removed when the smell of decomposition set in.

One of the most popular was known as an escape vault. These are aboveground constructions where the dead were laid out for a sort of waiting period. The vaults had air flowing into them, and each door had a hand wheel on the inside, so if a person awoke inside, they could easily escape.

These ideas were so pervasive that there is an urban legend stating that sayings such as saved by the bell and dead ringer were derived from the practice. These claims have since been proven to be a hoax, but it’s a good indicator of just how much these devices permeated society at the time.

Unfortunately, for all the patents filed in their name, there are no actual stories of people being saved from premature burial using these devices. Many had catastrophic design flaws, and were unlikely to be effective, even if their owners were buried alive.

Of course, with the pervasiveness of these legends in the past, it’s no wonder that being buried alive has caught the imagination of writers and screenwriters alike. Edgar Allan Poe, who was a known taphophobic, used the concept in several of his short stories. Some of them include The Premature Burial, The Fall of the House of Usher, and The Cask of Amontillado.

While there are few movies devoted solely to the concept, being buried alive serves as a plot point for plenty of shows and films. The TV movie Buried Alive in 1990 is a popular take on it. It also appears in hit shows like CSI season 5, episode 24 and 25, and Bones season 2, episode 9.

The most common plot of these encounters is that a maniac has kidnapped someone important and buried them somewhere. The investigators must then race against time to find them before they suffocate.

Live burial is also a major plot point in The Bone Collector by Jeffery Deaver, in which a serial killer kidnaps and buries victims, leaving trails of clues for the police to try and find them in time.

Perhaps, the fear of being buried alive is not entirely irrational. While it is highly unlikely with the advent of modern medicine, it’s understandable that those living in eras before this must have considered it a real possibility. We can only take one lesson from all of this.

Always check for a pulse.