Greatest Silent Horror Movies of All Time You Should Never Miss 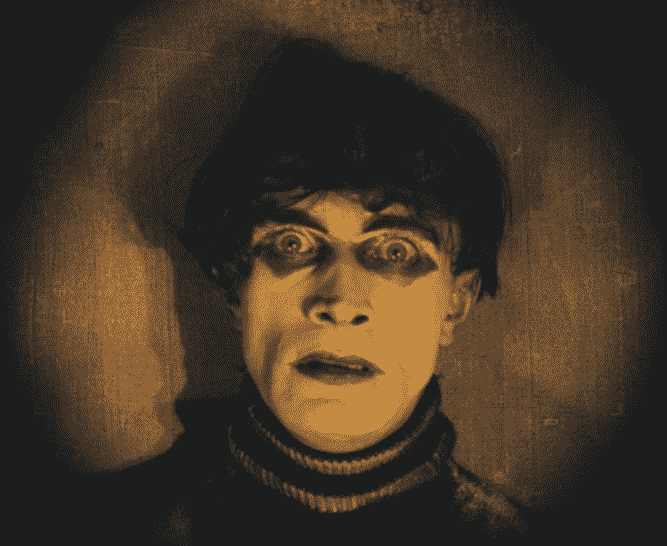 We usually associate the concept of silence with peace and a sense of contentment. But what we have long forgotten is the era in which that very silence was the cause of turmoil, suspense and terror.

The era of the silent horror movie gave birth to what we now know as the diverse and extremely undeniably popular genre of horror and suspense. Here we pay homage to all those great movies that paved the way for modern horror films, and allowed imagination to venture into the darkest crevices of the human mind.

Listed below are just a few of the most disturbing and influential silent horror movies ever made. The title of the movie itself portrays the essence of what this historic and epic silent movie represents; it truly is a symphony of horror. Based on Bram Stoker’s well-known classic, Dracula, Nosferatu is the earliest adaptation of the tale. It revolves around Count Orlok, the odd and disturbing image of a man with large terrifying eyes, bushy eyebrows, pointed ears and a set of bone-chillingly nimble, long and sharp fingernails. And of course, we cannot forget the iconic set of vampire teeth!

The movie begins with image of a man named Thomas who is happily married, living in a peaceful town. Not long after, Count Orlok summons Thomas to sell him a long abandoned and seemingly harmless home, which happens to be located close to his own.

As the movie develops, a sense of discomfort and subtly growing tension becomes all encompassing, as people who encounter Thomas throughout his travels warn him of the Count Orlok’s eerie nature. But he brushes this off as mere gossip.

Throughout the movie there are scenes of an agonizingly slow build-up of fear as small events start to occur, feeding truth to the rumors. Thomas and Count Orlok meet, and at the dinner table, Thomas cuts his finger, to which Count Orlok responds by licking his lips with a gaze of hunger. That same night, as Thomas sleeps, Count Orlok feeds on him.

As a sense of fear accumulates with the strange discoveries that Thomas makes, such as finding Count Orlok’s coffin. And then with Count Orlok making his way into Thomas’ wife’s dreams, the feel of the movie becomes more and more intense. By this time, Thomas has discovered that Count Orlock is a vampire and that the rumors are true. He makes a desperate attempt to rush home to save his wife from the impending danger. But while all this is taking place, Thomas’ wife is becoming more and more unwell with the hold that Count Orlok has managed to keep over her.

By the time Thomas gets to his wife, she looks pale and sickly, and while he goes to fetch her a doctor, Count Orlok finds his way to her, and just as he is about to feed on her, daylight begins to appear, and he suddenly disappears in an agonizing whiff of smoke.

The way this movie is shot is something that has had an everlasting effect on the horror genre. It is the first adaptation of Dracula, and was able to invoke such emotions of fear, anticipation and terror with just stunning direction, body language, imagery and lighting. The Haunted Castle is thought to be the first horror movie ever shot, so it without a doubt deserves an honorable mention.

The story takes place in a large castle and centers around Mephistopheles, who is the devil incarnate himself. He invokes a woman from a cauldron, after which two cavaliers enter into the castle. He then proceeds to taunt and eventually tortures the two victims in a multitude of ways. One of the victims manages to escape, while the other is unfortunate enough to have to endure further taunting from Mephistopheles.

The film was ground breaking in its style and daring subject matter, which terrified audiences at the time.

The Infernal Cauldron is yet another production of horror story from the same man who brought The Haunted Castle to life. Once again, the star here is none other than the devil himself. Satan captures three victims and throw them into a cauldron to boil them alive. They then die and turn into spirits who subsequently take on the form of fireballs. In a surprising turn of events, these very spirits, in a fit of anger and revenge, go to attack the devil.

This interesting silent movie boasts one of the earliest attempts at special effects and gives the viewer a peek into psychotic sadism. This silent movie stands out from all the rest because it is visually rich and incredibly disturbing. This is due to the angles and imagery used, all for the horrified viewers’ pleasure. You could almost call it an abstract horror movie, if you will.

To be able to create a sense of fear, horror, and discomfort using only visuals is truly an art in and of itself, and The Cabinet of Dr. Calgari definitely falls into this category. The tone is an eerie variety of colors, ranging from blue, purple, and then a sickening yellow throughout. As for the music, it can only be described as offbeat, off key, and extremely disorienting.

You could say that this is one of the first zombie horror movies ever made! Dr. Calgari hypnotizes his victims and gets them to carry out all of his murderous whims and desires.

This is certainly a silent horror movie that inspired many more that came after it, due to its mesmerizing effects and terrifying subject matter. This is yet another silent film that holds a unique place in horror history. It is a Japanese silent horror movie that had been lost for many years, but it left an indelible mark when it was finally rediscovered.

The story is quite straight forward: a man decides to become a janitor at an insane asylum to be closer to his wife, who was placed there because she tried to kill their child in a fit of rage. He goes in with the hopes of freeing her from imprisonment.

A Page of Madness can only be described as perhaps a surreal collection of absurd and terrifying images. It’s special in that the concept of suspense has been played out beautifully; it keeps you guessing about what may happen next – a concept that is key to any successful horror movie. Another aspect is that it moves at such a pace that you have to keep your eyes and mind focused in order to follow what’s going on. This exhilarating movie has achieved something of a cult status within the horror movie industry, and is definitely worth a watch! It wouldn’t be right to review silent horror movies without paying homage to one that intensely sensationalized witchcraft and demonology alike.

This silent horror movie is special because it brought the art of documentary and fiction combined to the silent screen. It became the premise for many successful movies to come, such as the Blair Witch Project.

It is an intriguing and disturbing compilation of facts and images about witchcraft and demonology. It is extremely influential because it is able to form a pseudo-documentary feel, and also creating a sense of horror and suspense, something that is brought forward by the use of sound, dialogue and music in our horror movies these days. This is the tale of a man who drowns his sorrows in alcohol, and before he knows it, ends up becoming a dead man at midnight on New Year’s Eve. Not long after his death, he finds that he is the victim of a curse that forces him to become the driver of the Grim Reaper’s Phantom Carriage.

This is one of the most memorable silent movies ever made as it manages to evoke an array of emotions in its wake, using nothing but the genius direction and storytelling of the director. Using double exposure did a lot to convey fear, and the film was notable for its extensive use of special effects.

Silence is a Virtue

You will find that the concept of silence has more value within the horror genre than you may have been aware of. And the silent film era holds many horrific treasures within its wake. All you have to do is take a good look beneath the cobwebs of the movie industry, and you’ll be sure to find things that illustrate your greatest fears, and takes you to the darkest crevices of horror – all without saying a single word! That is the true power of terror.