Michael Myers: The Horror of Halloween 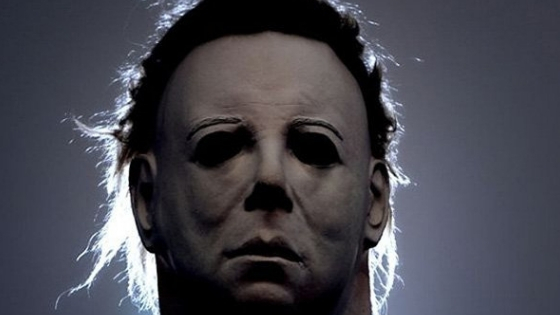 Every good horror book or show needs one vital element: the scary character. The character who has the entire audience cringing with fear on what he might dare do next. The one person everyone wants to see the end of. The Silence of The Lambs had Hannibal Lecter, A Nightmare on Elm Street had Freddy Krueger – and Halloween has the terrifying Michael Myers – not to be confused with Mike Myers, aka Austin Powers.

In this article, we’ll be going into detail about the history of Michael Myers, his appearances in the original Halloween movies – not the recent reboots – and how he became one of the icons of horror films. The first appearance of the character of Michael Myers was in the original 1978 Halloween.

Halloween later grew into a popular series of slasher films, which is a genre of horror films famed for having a murderous antagonist who uses a knife – or any other weapon with a sharp, pointy and fatal edge – to kill groups of people.

Anyway, the movie Halloween begins with a 6-year-old Michael Myers murdering his teenage sister, Judith Myers – technically spoilers, but the movie’s been out for like 40 years at this point.

Cut to fifteen years later, and a masked Michael returns to his hometown to stalk and kill more teenagers. He begins to stalk a teenage babysitter, Laurie Strode played by Jamie Lee Curtis, on the night of Halloween.

The other protagonist of the movie series is Dr. Loomis Donald Pleasence, a psychiatrist who is attempting to track Michael down.

Michael, in true horror movie fashion, proceeds to murder all of Laurie’s friends, and then finally attacks Laurie herself. Laurie manages to fend her attacker off for long enough for the heroic Mr. Loomis, who then shoots Michael 6 times.

Any reasonable person would assume that Michael must have died from the 6 gunshots, but when Mr. Loomis goes to check for Michael’s body, he doesn’t find any trace of it.

It seems cliche and hashed out, but what are they gonna do? NOT make six more movies about the same mysterious character and stretch out the franchise for as long as they possibly can? Pshh. All of the actors playing the main characters in the first film stayed on board for the second, save for Nick Castle. Nick Castle did not come back as Michael Myers in the second film, with the role being played instead by Dick Warlock, who was a stuntman by trade.

Not to diminish any of the actors’ abilities, but the role of Michael Myers does not really require a whole wide range of acting skills. It’s mostly just standing there in a mask, stalking the poor teenage Laurie Strode and occasionally knifing/mangling another person to their on-screen death.

This second film picks up directly where the first one left off.  Dr. Loomis is searching for Michael, whom he had shot and expected to be dead.

Without going into a whole lot of detail, Michael kills a whole lot of people who are in the way between him and Laurie, who Loomis finds out is actually Michael’s sister. In the last bit of the movie however, Loomis, Michael and Laurie are locked in an epic struggle, which is soon followed by an explosion.

One of the final scenes of the movie is the scene of Michael’s still masked and supposedly dead body burning to death.

One interesting tidbit of information is that Michael Myers is credited as The Shape in the first two films, rather than with his character’s name.

Next Appearance: Halloween 4: The Return of Michael Myers (1988) Michael Myers’ character does not appear during Halloween III: Season of The Witch, but makes a return in the aptly named Halloween 4: The Return Of Michael Myers.

This movie begins about a decade after the final events of the second film. Michael has been in a comatose state since the explosion at the hospital, and finally awakes to the news that Laurie Strode, now dead after being involved in a car crash, has a young daughter, Jamie Lloyd.

Upon waking up, he is transferred to a sanitarium. But of course, it wouldn’t be a Halloween movie unless we have Michael Myers brutally killing someone just to get them out of the way.

He kills the ambulance driver, and makes his way into Haddonfield, the town where the movie takes place, to search for Laurie’s daughter – and his niece – Jamie.

Cut to Halloween night, and Jamie is off trick-or-treating with the babysitter. She is spotted by none other than the serial killer and overall bad person, Michael Myers.

After she is separated from the babysitter, Michael chases after her and attacks her. She escapes with help from Dr. Loomis and the police. But Jamie learned that good things don’t last, especially when you’re being chased by a serial killer.

Michael returns to attack them, killing a bunch of people, including police officers, in the process. But eventually, the good people prevail and Michael is shot down a mine shaft, never to be seen again. Right?

But before we get into Michael’s next appearance, the final scene of the Halloween 4 film is one that we must talk about.

It shows Dr. Loomis dropping off Jamie and her foster mother, Darlene, off at their house after the shocking events of the night. As Darlene is running a bath for Jamie, she is attacked by her foster daughter.

One of the last things you see in the film is a stoic Jamie, standing on top of the stairs with scissors in her hand and blood on her Halloween costume.

This scene is particularly symbolic, as it is very similar to when Michael murders his own sister in the first film – it shows that Jamie is going down the path as her mad man uncle.

Next Appearance: Halloween 5: The Revenge of Michael Myers (1989) The fourth Halloween film ends with Michael being shot down a mine shaft. The fifth begins with Michael Myers in a coma, being nursed back to health by a hermit.

But of course, he spends the entire year out and wakes up precisely on October the 30th, with just enough time to cause the right amount of havoc and destruction to make a hit box-office movie.

Elsewhere, the story follows Jamie, who is admitted into a children’s hospital after suffering from psychological trauma after attacking her foster mother.

It is apparent that there is a metaphysical, telepathic link between Jamie and her mad man uncle.

Michael begins to track down Jamie, and brutally murders a couple of people who unfortunately get in his way.

Finally, Jamie agrees to act as bait to help Dr. Loomis capture Michael once and for all. Michael is lured back to his childhood home and subdues Dr. Loomis before going after Jamie.

Eventually, after a long, suspenseful chase, Michael finds Jamie. But before immediately killing her, she appeals to the human side of her uncle’s personality. Being the kind, gentle man he has proven to be over the course of the four films he has appeared in, he takes off his mask at his niece’s request.

This marks an important milestone in the Halloween franchise – the first time that we see Michael unmasked in the films, although his face can only be seen for less than a second. But when Jamie touches his face, he goes into a fit of rage. Loomis, then arrives and sedates him with a tranquilizer gun.

Finally, Michael is locked up in a maximum security prison.

But like we said, good things don’t last. A mysterious man attacks the station where Michael was being held. The final scene is of Jamie walking through the wreck of the police station, and discovering her uncle’s cell empty, causing her to begin crying in terror.

As a character, Michael Myers is portrayed as a person with almost superhuman strength and determination, akin to that of a superhero wanting to save the world. He has survived gunshots, fires, falling down mine shafts and has constantly evaded the grasp of the horde of law enforcement officers always after him.

Many people have theorized that his character almost definitely suffers from some form of mental illness, most likely schizophrenia. But then again, the way the movies portray Michael Myers is almost as if he is not a mere human, so no one really knows for sure.

One thing is for certain, however, and that is that Michael Myers, in his own right, deserves his name in the proverbial Hall of Fame of evil movie villains.